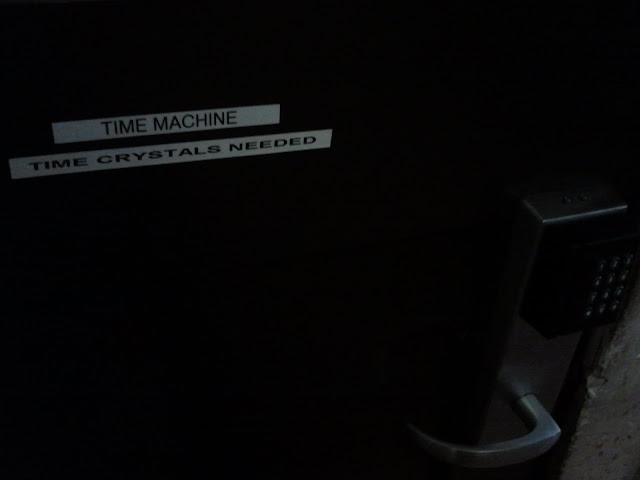 The plays went awesomely. There should be a video of mine going up pretty soon, I’ll stick a link to it here. I slipped up on a line in the second performance, but Chris managed to smooth it over fine, and by the end of the play we had it back together. Saturday’s performance was out of the world, though I almost lost it when Olivia’s fake pee-bag wouldn’t stop dripping everywhere onstage.

The club theater crew is an amazing group of people, and the whole experience is always great stress relief. They also throw the best parties, and, being a collection of theater and engineering nerds, make the best costumes. We had a lot of fun messing around backstage while waiting to go on. I can only hope the people using that classroom we occupied enjoyed our additions: On the Saturday of the last performance, Josh and I got up early to head out to Warrior Dash, a 5k through muddy obstacles. I was getting pretty pumped when I arrived and saw the people coming out. Apparently the event was some kind of fundraiser for veterans. They also had this huge pile of muddy shoes, which would be sent to poor kids, hopefully cleaned beforehand. The stack had doubled in size by the time I left, which makes me really wonder about the logistics of the cleaning operation. A lot of people were in costumes, which unfortunately I didn’t get any pictures of due to my desire to avoid destroying a camera on the track itself. Spotted were a pair of gay cops, three bananas, and a couple in business professional. I just sported my (now destroyed) “do me” shirt from Halloween and winged it. No offers, but that’s probably because the text was covered in mud and manliness by the end of the race. Anyway, Josh totally pussed out within 5 minutes of the run, leaving me running circles around him and shouting myself hoarse ALL ALONE. I was shocked at the lack of shouting from other runners, actually. Next year, I will be sure to take things much farther, perhaps too far. There was a sports photography company there, but their photographs are copyrighted beyond use, so the only post-picture I have is of my shoes, which were utterly raped by the mud: I never knew there was room for anything in my Vibrams but my feet, but mud proved an able opponent.

ESPN came to our campus, or something. I don’t know, but they set up what appeared to be a spaceport in front of the UC. Not shown: Cosmonauts in Jerseys For me, the biggest question is: Who weave dat is?

I realized when I went home for Thanksgiving dinner how trapped I’ve been on this campus. Compared to last semester, I’ve been ridiculously closed-minded. I updated my resume and had to change " to Present" to “to May 2011” for too many things. I’m not sure what happened to my motivation or social skills, but I crashed and burned into a hermit. Hopefully escaping the state for a bit this winter break will help clear my head. Oh, and I brought three Chinese guys over for dinner. They seemed to enjoy it. Bravo kept eating everything my mom threw at him, only stopping to ask if she was breaking some weird Chinese culture rule and Bravo would just eat until he popped to be polite. No culture thing there, mom, Bravo’s just a black hole.

Ten page paper due on Tuesday. I’ve completed the research, now I just have to write the damn thing. For some reason it’s not quite as easy as throwing together a blog post. Amazing the things I can get done when I have certain doom looming over my head from my own procrastination. I’ll have to get it together, with only, what, three weeks before finals? I’ll probably sleep for a month when this is all over.

That picture at the top is of a mysterious door in the English building. Lockpicking is not good enough for it, clearly I will have to learn advanced codebreaking.