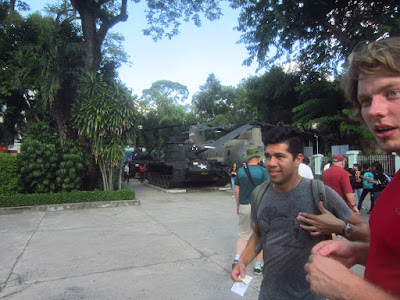 I assumed Vietnam would be like the Phillipines - good people and good food, beautiful scenery, but very 3rd world. I scheduled a car to pick me up at the airport and bring me to the hostel, at twice the cost of the night at the hostel, because I expected there to be a swarm of scummy taxi drivers ready to screw me over within an hour of my landing.

Looking out from customs into the arrival area, there was an ocean of people. There was a little girl with her family that said “It looks like they’re waiting for someone famous!” I thought to myself, battle-hardened traveler that I am, “little girl, you are not prepared.”

Turns out Vietnam is the least stressful country I’ve been to. Nobody accosted me on the way out of the airport. My taxi driver didn’t speak a word of English but he was happy to point at a group of schoolchildren and yell “HAI SCHOOL CHALDRAN” and then nod and smile while swerving around ten ton buses that don’t care if we live or die. 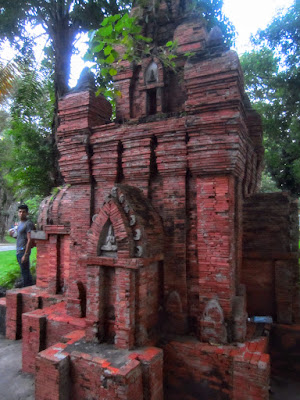 People use their turn signals here.

I’m most worried about the bikes. Traffic is heavy. Then I see a twelve year old girl balancing fifty pounds of schoolbooks wizzing through traffic and I feel ashamed.

Everybody’s dressed nice, everybody’s flashing iphones. Iphones cost 800USD here, the fancy vespas I see the nice dressed people on coast 3000. Lunch costs 1 dollar and my hotel 8$. Eric says “this place is too cheap to be first world and too nice to be third.” I’m trying to figure out if it’s more China, or Taiwan, or Phillipines, or some eldritch combination of them all. 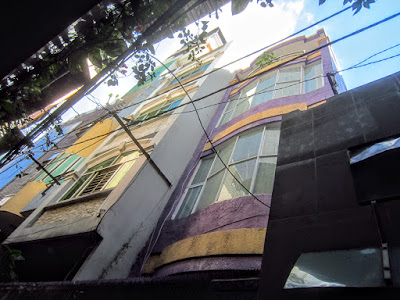 The houses are small, but clean. I went to a public restroom and it had rules posted all over about how staff must not request money, how patrons must not spit. It was spotless. Spotless. The prostitutes are polite, they grab my arm instead of my crotch, and leave me alone when I say no. I really can’t wrap my head around it.

Vietnamese people don’t bother us. Nobody wants to take our picture. They laugh when Eric hits his head on stuff because he’s too tall. Maybe because we’re in the hostel district, who knows. 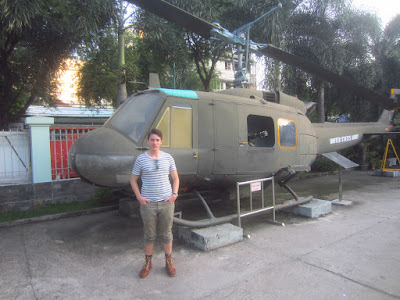 Too hot for pants. Not bringing flipflops was stupid.

Went to the war museum. Focused almost entirely on how nobody in the world wanted the Americans there, including the Americans. Focused on Agent Orange. Eric found it eye-opening. A lot of the pictures came without context. “Here is a poor farmer begging for his life before being shot by American soldiers.” There were atrocities, but the propaganda was strong.

An ATM ate Jose’s card and Eric didn’t tell Chase bank he was coming to Vietnam so I am a sugar daddy. They both have engineering degrees and I am going to enjoy the irony for all I can.

Today I’ll buy a motorcycle and SIM card. You can still text me while I’m over there, and now nobody will be safe from drunken 2am snapchats. 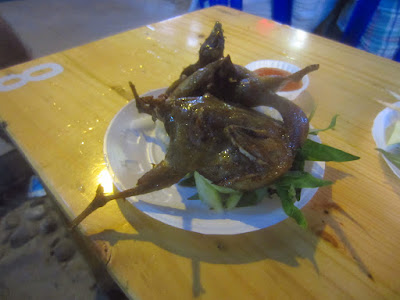