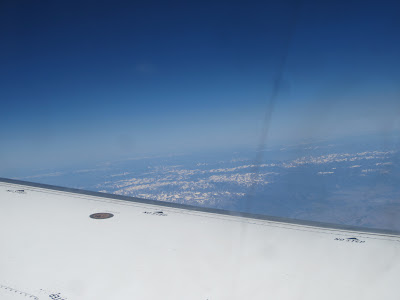 Why do I always get wing seats?

But I’m not, because Air Canada.

Got to IAH just fine, Colette was being dropped off as well for her flight to Wisconsin. Though, the airport is falling apart it seems: 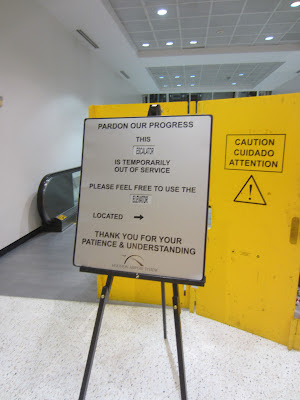 So now I’m in Canada, waiting for a flight to Vancouver so I can wait in that airport for 5 hours before heading to Tokyo. As opposed to being in Japan ~10 hours ago. I’ve already sent the email asking for a refund grumble grumble. Basically what happened is my flight to Canada just sat on the runway for 2 hours. We land 30 minutes before my connecting flight. I sprint through the airport, grab my bags (instantly on the little carousel, get your shit together American airports), and sprint to baggage check for Japan. I still had a good 25 minutes to spare, and they won’t let me on. They call up a manager, he just says “No.” The person said they probably sold my seat to another person. That seat I bought for 1000$? No, someone else owns it now, because we can. So I spent all yesterday pissed off about that.

Canada’s cool, I guess. Nice weather, rolling green hills. According to my uber talkative driver from Africa, there’s lots of oil money here. Also he’s looking for an American wife so he can move to the USA. Only problem is he’s already married. 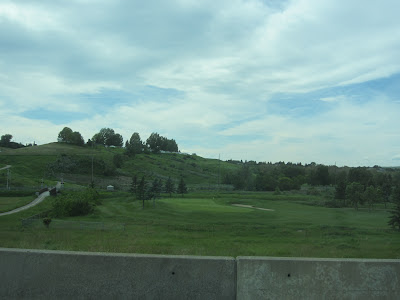 I had a giant hotel room to myself. I felt like some lonely weird dude rather than an epic adventurer experiencing a setback from The Man. To make myself feel better, I used a ton of hot water on a 3 hour shower.

This airport has free internet and Canada’s air security didn’t grope my balls. Get your shit together, America.

The Grey, that movie where Neelson punches wolves, was freaking awesome. Watch it. I was on my tiny netbook screen and it was still awesome. I still have a 5 hour layover, so if anybody has any other recommendations, let me know.