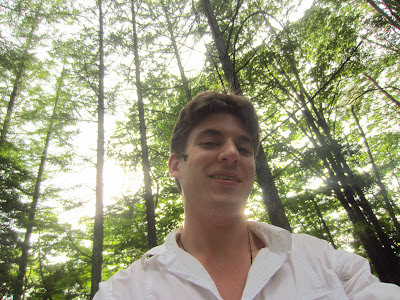 Frog on my face

So there I am in a Western Style Ranch doing the same 5 things 3 times each. At the end of the first day, after we threw down a bunch of mattresses in one huge room and locked the kids in there and hoped for the best, I finally thought I was going to get to sleep. “Ok!” said Leo, “Let’s go to public bathhouse!” 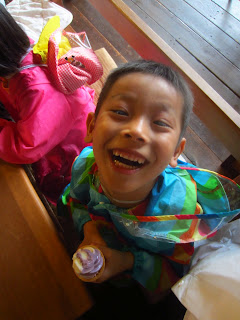 It will be SO MUCH FUN

So it’s 9pm and from what I understood we have to be up 6:30am for another 15 or so hours of kids climbing on top of us. Let’s get naked together! So we head out to this bathhouse (Onsen for those who care) at about 9:30, get 30 minutes to get naked with a bunch of dudes, and soak in some hot mineral water. It was actually pretty nice, but I think there’s some weird competition going on with old Japanese men to be the grossest old person in the world, because there was some heinous bent-over butt-picking going on. Afterwards, we puttered back to the big house thing, and I thought, you know, pretty reasonably, hey, we gotta get up at 630, let’s get some rest, yo.

No. Japanese people love meetings too much for that. We had to have a meeting, at 11, an hour after 10, because Japanese people also love waiting around. So I gave up on being polite and went to sleep and had someone wake me up for the meeting that was entirely in Japanese that was too difficult / it was too late in the night for me to understand. Very helpful, especially the end part where I was asked “was it fun today?” YES. GOOD MEETING GUYS, SEE YOU IN 6 HOURS.

I ended up just oversleeping until somebody finally decided to wake me up, around 730.

The next day I wasn’t nearly as grumpy. Had a good time with the kids, rode some more horses, ate more ice cream, etc.

Every night, we had a “firestorm.” I don’t know why, but the fact that they were calling it a “firestorm” was really ticking me off. 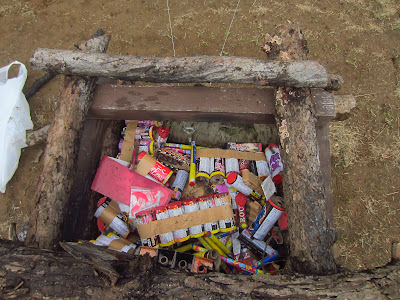 When it comes to pyrotechnic displays, Japanese people don’t fuck around (that’s the first f bomb in this whole blog by the way. It’s well deserved.) That is a stack of logs about 4 feet high filled with spent fireworks from the previous two nights' worth of firework shows. Basically, the “firestorm” involves dressing me and another teacher up like native americans, giving us huge flaming torches, and having us run around whooping and waving fire in the kid’s faces, lighting the bonfire with two torches via zipline from on top of a hill, then giving the kids little sparklers lit by means of blowtorch, and firing off about a hundred larger fireworks. The only thing I could think during all of this, especially the third night when they decided to burn all the spent fireworks in the firepit along with about a gallon of gasoline, was how we’d never do anything like this around kindergarteners in America, for fear of being sued for like raising Timmy’s heart rate about 80BPM or something. Japan might be a bit more rough and tumble than us. Actually, Japanese people have an inexplicable lack of fear for bugs. Girls included. I’ve had tons of my female friends pick up bugs curiously, get them real close to their face to look at them, whatever, no fear at all. It’s surreal. So that’s fascinating, I don’t even know where to begin with speculation as to the difference between American females and Japanese females regarding bugs.

So my tone during the last two blog posts might indicate that I was grumpy and having a crap time the four days of the trip thing, but really, it was a healthy experience. I eventually just got over my selfish anger and started to enjoy the kids. They were pretty adorable at times, and their utter stupidity for things such as spacial awareness was endlessly amusing for me. I learned a lot more than I thought I would.

Specifically, I’ve always had this sort of fear present for a lot of things. Like, if I had to jump over a gap in a craggy cliff area, I’d have a bunch of hesitation. Cliff diving, high boards, even rock climbing, if I had to have more than 2 limbs off the wall, I’d end up waiting until I tired myself out. But for some reason that fear is starting to leave. They pulled out a scooter one night after the kids had gone to sleep and were going down this huge hill on it, something before I’d never do for more than like 10 feet. I ended up going down a pretty significant part of the hill, getting pretty fast. I dunno, not something I’d usually do. So that’s interesting.

Not really much else of note to talk about, other than the beautiful scenery. Since the first two days were really misty, I was just struck by how cool the forest and natural spring looked. On day three, the mists cleared, and I was blown away by these enormous mountains looming over the place. 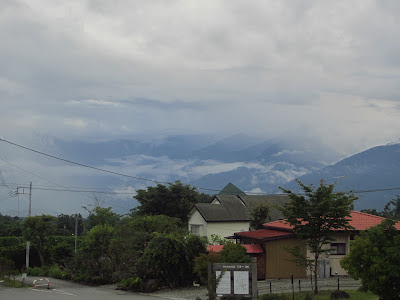 Also, apparently this is Mount Fuji, visible from this far away. 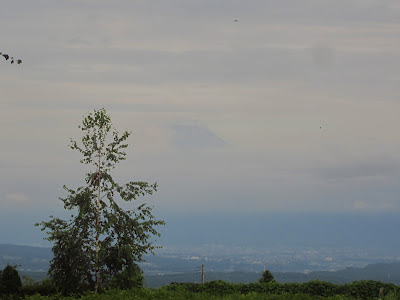 So that’s cool or whatever

Ya I’m feelin the end of this post. I might talk more about the super cool playground they had but meh. In the end the trip was a great way to force me to grow up a bit. Butts.