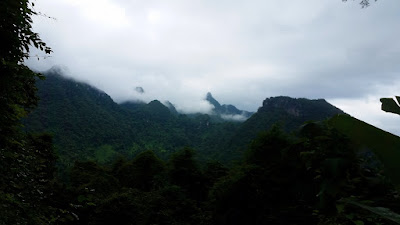 Arrived this morning in Hanoi at 6am. We were scheduled to arrive at 8am and the bus had showed up at our hostel an hour late, so I can only assume he tore up the north of Vietnam like a bat out of hell. I wouldn’t know, I was unconscious in my odd recliner bed-chair, victim of too much activity packed into a few days. 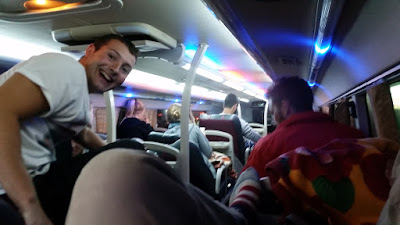 Bid farewell to Hannah and Lewis. They got off the bus in Ninh Binh, which is apparently cold and moldy. Pretty sad, got along swell with them. That’s the unfortunate bit about travel. In the national park, saw what is apparently the second largest cave in the world. In typical Vietnamese fashion, they named it oddly, in this case “Paradise Cave.” Unsure why. It was fantastically big, with massive stalagmites, stalactites, and curtains. Only one tiny entrance which makes me wonder about the first person to find it. It was built up with lights and a boardwalk, but peaceful. Made me want to brush up on geology. Lewis wasn’t happy because they told us it was a 500m to the cave but it turned into a 45 minute trek up a mountain.

Second cave we went to was “Dark Cave.” Because it’s dark inside. We biked over but Lewis had a flat, so he had to struggle his way with the back end sliding everywhere for a good 10k. Got it repaired at a nearby tirehut while Hannah waited at the cave. Guy was fixing the tire while his wife, mom, grandma, sister, and someone’s little kid sat around frying dough. It was delicious but will probably turn into a heart attack later in my life. 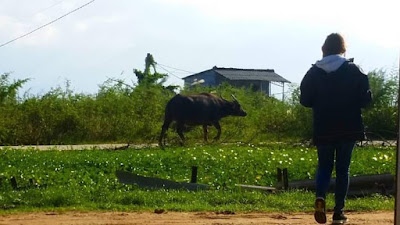 Ziplined into dark cave. “Do we need to watch the safety video the other group watched?” “No no no come hurry.” Bit of a hard landing but fun. River was jade-green and freezing. Had to wade through it to get to the cave. Another tiny entrance, leading to black, still waters of indeterminate depth. This turned into a winding limestone tunnel, sharp-walled, playing with my claustrophobia. Things became muddier until the journey terminated into a huge pool of mud, conveniently about hip-deep. Who was the first person to wander through those tunnels, find what was essentially a pool of quicksand, and wade into it to find it was safe for tourists? Great fun though, they called it a mud bath. Weird. You could float into any position and the mud would hold you there. Turned off our lights and sat in absolute black. Came out looking like swamp monsters, bathed in the river, hung out on the smaller ziplines and obstacle course they had set up. 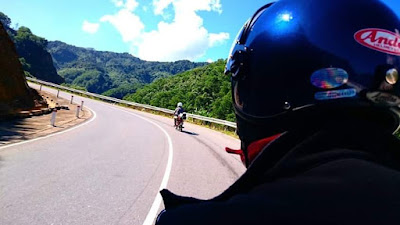 Area around the town fantastic with buttes sticking up out of remote farms. Rode around backroads until we were on dirt trails, found a little river, spent a day hitting rocks with sticks. Always exhausted. Our beds were really squeaky. Nowhere to get a massage, shockingly. Possible business opportunity if we wanted to live in Vietnam. Not sure about that. 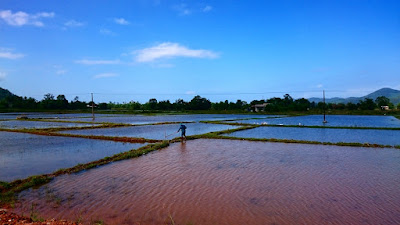 Trying to sell my bike here, going to miss it a great deal. Dream about it every night, having it back in the States, riding around, etc. Not the greatest bike, probably a result of driving it 8 hours a day every day that I think about it so much. Riding around here has become second nature, haven’t had a close call in days. 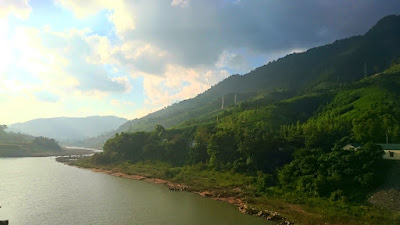 Getting ready for Taipei. Scheduled an Airbnb for the first time. Will be weird being back, maybe?