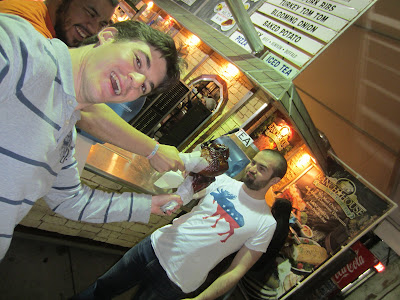 A Toast to Meat

I had gotten home from the AIESEC conference utterly exhausted and with a broken voice. I wanted to do nothing but take a six hour long hot shower and then crawl into bed until class on Monday.

My Sunday night could not have gone differently.

About thirty minutes after I had gotten home, I was just about to shed my well-worn clothes and burrow into my delightfully never-ending hot shower when a fellow AIESECer called me and said that a member of the National Committee and one of the presenters from the conference needed a place to crash that night. I had been looking to learn more about AIESEC leadership, and have been interested in pursuing a position in an AIESEC national committee after school, so I jumped at the opportunity to have two members well informed in AIESEC international ways hang around all night.

Exhausted as I was, I cleaned up my room and prepared for two guests. I managed to scrape everything together in what I thought would be enough time to shower, but then I got a call telling me that Alex and Kevin were outside the Quads. So I threw on a shirt, waltzed my barefoot self down there, and welcomed them. As of yet, I didn’t quite have a plan for how to entertain them for the night, but that was fine since they were both exhausted as well. So we napped and played with a remote control helicopter. At one point it flew out the window, and when we went out to retrieve it I noticed there were a lot of red ant piles outside. I was struck by the realization that neither Alex nor Kevin had ever encountered our fiery little hell-demons, or knew to avoid their fragile mounds of waiting pain. The ants only live in southern states, and those guys are both from the mid and northern US. It was a strange thing for me to have to warn them about that. I’m used to dealing with people from other countries, where culture differences are glaring and I get to take them to awesome things that one can only find in America, but the fact that other Americans wouldn’t know something about this country blew me away. I was assigning unity to a country that is far from it. In other words, I was thinking of Americans as Americans, instead of what we really are, an incredibly diverse group of people living in diverse climates, environments, biomes, and social bubbles. So that was an insight. Also I got bit by a bunch of ants, little frackers.

Anyway, we got a call from Keyon that we were going to entertain our fellow AIESECers, so it was off to the Rodeo. Alex and Kevin were pumped, it was exactly what they were wanting from a stereotypical Texas time. 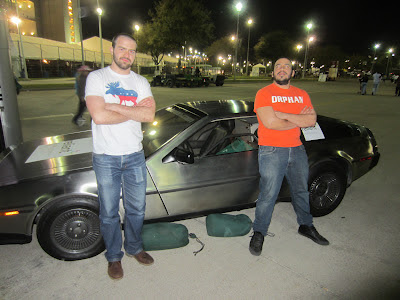 Not sure if this counts, but DeLoreans are awesome so whatever.

Anyway, all we really did was eat disgustingly appetizing carnival food, from the somewhat disappointing chocolate covered bacon to fried everything. Of course, after stuffing our faces, we had to get on sickening carnival rides and spin ourselves to the point of projectile vomiting everywhere. I came close to messing on everyone in a football field radius on the “spinning wheel of too much G-force.” So close. So, very, close.

Then came a defining moment for me. There was this absolutely blood-curdling ride involving being flung in an enormous circle while being spun and turned and just sort of having stuff done to you with gravity that really shouldn’t be. At first, I outright refused to get on. As they waited in line, I decided to just frack it and hop on. I mean, it’s just a ride, it lasts one minute, what could happen? And yet, when we finally got up to the thing, I actually jumped the line. I straight up pulled a walk of shame. I’m not sure what made me so terrified, but I just couldn’t bring myself to subject my body to that machine. It was pretty humiliating, and I don’t understand what I was so afraid of. I’m not a fan of rides, really, I mean they’re kind of fun but mostly just make me feel sick and out of control of the situation. But so what? So, mission of now is to defeat fear. I’ll figure that out.

Anyway, afterwards we kicked it in my room and played a very revealing game of “Never Have I Ever.” I learned that AIESECers are far from innocent. At least they’re smart about their debauchery, but I certainly wasn’t expecting some of the hardcore things that came up. At conferences, no less. Can’t reveal, obviously, but trust me, shit’s nuts. 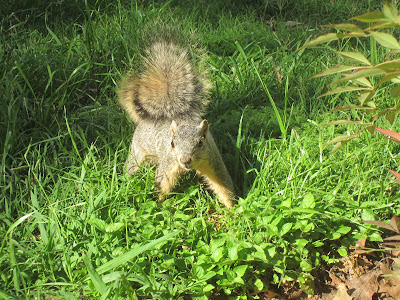 So we go to bed at about 4am and I’m pretty comfortable with the notion that Tommy’s going to drive these guys to the airport at some ungodly hour of the morning, allowing me to sleep straight to 11. At 6, Kevin wakes me up and says that Tommy’s phone is off and he hasn’t heard from him. So, AIESEC is all about that Just Fucking Do It, I throw on a jacket and shoes, roll out to my car, and start to warm it up. It was cold, man, and I was in pajamas. So right when my car’s about to get warm and I’m pretty much frozen awake, Tommy finally calls us and says he’s on his way. We almost leave anyway, worried that he won’t make it in time, but Tommy rescues me and I head straight back into my warm covers. An hour later Kevin wakes me up and I drive him to the airport and spend the rest of my day in a coffee-shocked thousand-yard “just stay awake for thirty more minutes” high. Oh, and I still hadn’t showered.

Next time: I try to go to Japan, Japan, China, Japan! SO MUCH ASIA.