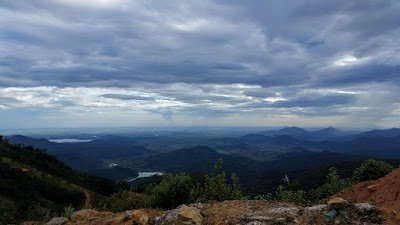 Chilled in Moi Ne, a beach town, for a bit longer than I expected. Easy to stay wherever I want for however long I please, though starting to worry about the flight to Taipei. May be rushing the last few destinations. 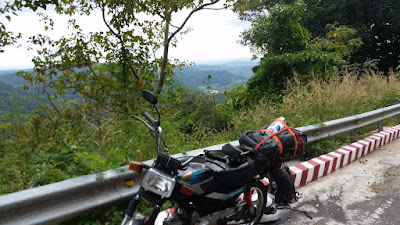 Road over was beautiful. Switchbacks and mountain passes with great views, lots of fun curves. Bike was screaming up the hills, didn’t like being stuck in second gear most of the way. Had to replace most everything on it in Moi Ne, costing me a pretty penny. New engine, shocks, spark plug, coil in the alternator, wheel, so on. The guy was nice about it at least, did a few bits of bodywork for free. 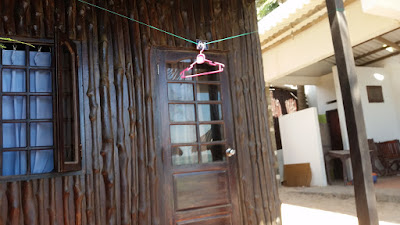 Met Mr. Lee, nice kitesurfing guy, while there. He recommended the bungalow that he rented beachspace from, ended up moving from the hostel I was in to there. 10 bucks a night put me in a bungalow on the beach. Could hear the waves at night. The people there were nice, though I think their dog was retarded. Would just stand and stare at walls, wouldn’t budge if I petted him. 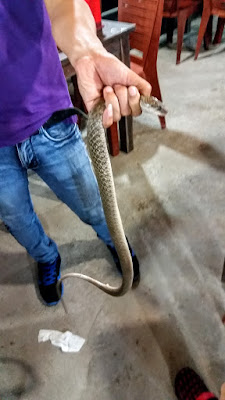 Ate a snake at one point, at the behest of Eric. They say it was a cobra and spread the “hood” to demonstrate it, not sure I believe it. They drained the blood into a shot glass and added vodka for us to drink. Then they BBQ’d the snake. It was tasty but quite tough and difficult to eat, straight off the bone. 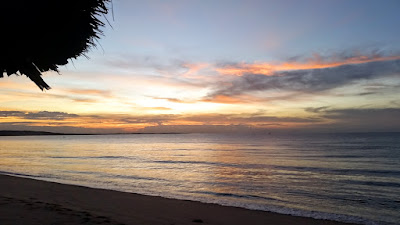 One of the best things about the trip is because of the cost of everything, I can enjoy incredible meals in quaint beach restaurants without worry. I imagine this is what it’s like to be loaded back home, the cost of things doesn’t really matter and so I can do as I please. 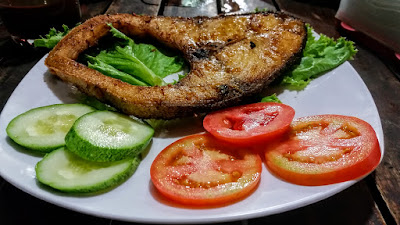 Tried windsurfing, lessons were cheap. Took 2 hours. Wasn’t sure if I’d be any good but wanted to give it a shot, remember being scared of motorcycling and then loving it after getting some time on the bike. Was sat on the beach with the kite in the air, instructor telling me to make small adjustments to get the kite in the right spot, when either a gust hit me or I pulled in too hard and was ten feet in the air. Smashed into a bungalow and fell to the sand. I remember the guy jumping for me as I flew off, I appreciated his efforts. Didn’t hurt too bad but I don’t think kitesurfing is for me. 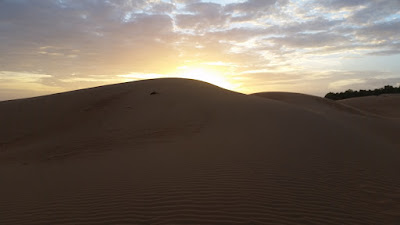 Went to the sand dunes for the sunset. Was interesting to tool around and play in the sand. A little old Vietnamese lady followed me with a big set of sandboards for sliding on, though I insisted I didn’t want to. Just wanted to wander alone and look at the dunes. She kept pushing, put me on a board, took pictures, etc. She asked for 100k in the end but I didn’t have change. Gave her 500k and she was ecstatic when I told her it was ok, no need for change. Weird disparity between our wealth. 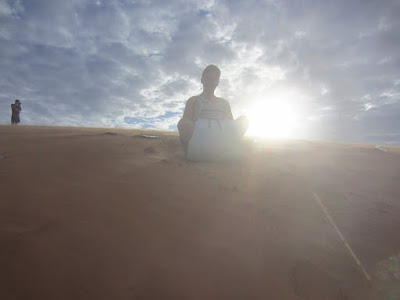 She was not a very good photographer

Met up with Eric and Jose occasionally while in Mui Ne, but quite difficult to coordinate as Jose preferred to spend time with Slava and Eric was always hanging around the bike shop. Instead wandered around, tanned, read, ate, etc. 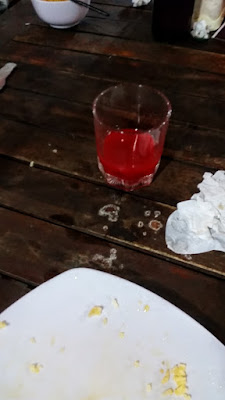 Left for Dalat without them. Mountain roads. Left later than I wanted because I needed to have last minute repairs done to the bike. Got there just as it was getting dark, found out the new headlight I had just bought wasn’t plugged in. Bit terrifying. Also ended up on another car only freeway but this one didn’t seem as strict. Flew down it with the throttle all the way opened and prayed a cop didn’t find me. 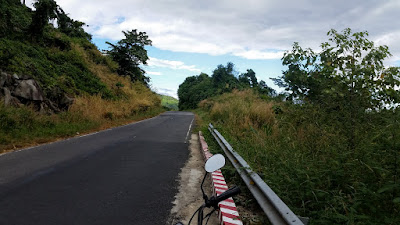 Got quite cold in Dalat. Tourist city for the Vietnamese. Second day here, met up with a fantastic group of British people who I’ve spent most of my time with. Eric and Jose taking too long to come from Mui Ne so I went on a day trip to Elephant Waterfall with the two Brits and a girl from Portugal. Good to have someone on the back of the bike, nice for conversation. Had some close calls with trucks on the mountain, though. 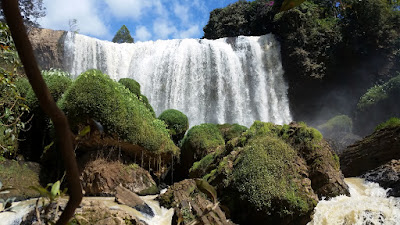 Night before, went to “crazy bar.” It’s a building that’s been hollowed out and fill with a labryinthian maze. I can’t figure out how to capture it in photos, but it’s 7 or 8 floors of tangled concrete to run around in, with drinks served. It’s been good fun playing old childhood games with a bunch of Europeans in there. Now that Jose and Eric have finally showed up in Dalat I believe we’ll be going again today. There were all sorts of little artifacts hidden there. This vase was actually destroyed by one of the Brits, the Vietnamese were quite nice about it though.