I have thoughts on this and sometimes people ask me about it, so, should you motorcycle? Almost assuredly. Here’s why:

It’s the Best Mode of Transportation 80% of the Time

The other day, Tammy and I went to Berkeley for food and the Botanical Gardens. This involves getting out of the city, onto the Bay Bridge, through Eastbay traffic, parking for breakfast somewhere in the middle of Berkeley long enough to eat, and then driving again way up into Berkeley hills. Just getting across the bridge into Berkeley is anywhere between a 35 minute to 1 hour drive depending on traffic - unless you’re on a bike. Between being able to skip past traffic lights and freeway entrance traffic, and lanesplitting, we made it there in a cool 30 minutes. Instead of spending another ten minutes looking for parking, we parked straight in front of the brunch place we wanted to go to. Almost no spot is too small for a bike, we can park at the edges of driveways or in between parked cars. After the Botanical Gardens, we wanted to get tea at Asha, our favorite tea place in Berkeley. If we were in a car, forget about it. Trying to find parking at 5pm in downtown Berkeley? Nah. But once again, pulled straight in and sat down without a hiccup.

So in short, especially if you live in a city, nothing beats a bike. You can:

The convenience can’t be overstated. When I want to go somewhere, I hop on my bike, drive there, and get off my bike. I get ridiculously stressed about parking so it’s a dream. Wish I had one back in school.

But what if it rains? What if it snows? Sure, yea, you might have to take a Lyft sometimes. Oh well. So 80% of the time your life is way more convenient, and sometimes you hop in a taxi. Not a strong counterargument in my opinion.

But what if groceries? Get a GIVI box. I’ll write an article later on how to make motorcycle life way easier.

But what if passenger? Get a spare helmet and be that person that picks people up on a bike. If your passenger is a date, congratulations, you’ve just established yourself as cooler than almost the entire city’s worth of singles.

I didn’t mention this previously, but going to Berkeley the other day wasn’t just a drive to Berkeley. We also got to be on the back of bikes, hauling across the Bay Bridge, then crossing up into the mountains. I’ve almost never had a bad time on my bike. Even a simple route is a small joy. I’m not talking, like, wind through hair or feel of the open road, I never really understood that “Zen And” shit, I mean more like the entire process of motorcycling is one of constant improvement. On a small ride you’ll find yourself making your slow turns better, maybe wiggling in your lane a bit, maybe trying out an emergency stop. Generally speaking the city will find some new thing to throw at you that you get to add to your toolbox - a pothole, a ped running into the street, some new turn angle at some new speed, etc. It’s neverending practice and you see improvement literally every time you get off the bike.

Also, cornering a bike is fun. It pretty much always feels badass to be leaning through a turn.

Also, if you’re not just going somewhere, you can ride for the sake of riding. Up into some mountains if you’re geographically blessed. That’s fun enough of an activity that people rent for the sole purpose of doing so, and if you’ve got your own bike you can just do it whenever you want.

To enjoy community is to be human. Whenever I pass another biker and get the two fingers down, it’s an inescapable burst of dopamine. No way around it, and that’s coming from a pretty independent dude that scoffed at that kinda shit all my life.

There’s group rides, meetups, friends that can only be had if you’ve got a bike. As much as I want as many people as possible riding, we’re still a relatively sparse population. That means to a tight kinship with anybody else you see on a bike, which is fun. Not to mention, it can come with ancillary benefits - maybe someone in an interview rides and you get a leg up, maybe you meet a potential partner at a group ride, maybe you buy a nice used watch off someone on the Bay Area Rider’s Forum, maybe you find a rent controlled apartment, you never know.

Pretty Much Every Aspect of it is Cool

Spiritual or Whatever Reasons

Motorcycling can be scary. I’ve yet to meet someone that didn’t feel fear their first ride, and hasn’t felt fear in rides down the line. That’s a good thing. If you’re scared to ride a bike, and then you do it anyway, and you keep doing it, that’s a powerful bit of growth you’ve just done. You’ve pushed your comfort zone out tremendously, and in doing so made more things comfortable or at least uncomfortable-without-causing-panic, even if those things aren’t related to motorcycling. So yea, you’ll come out of the process of learning to and acquiring your own motorcycle more confident, more sure of yourself and your boundaries, and with further extended boundaries.

Also, so much of motorcycling is about control. Not only do you need to control your posture, your speed through a turn, your acceleration out of a light or out of a turn, your stop speed, your position on a freeway, and all the other technicals that go into riding, you’ve also got to maintain emotional control. We don’t have instincts to handle 45mph control of an engine strapped to two wheels. You have to overcome baseline instincts while installing new ones. If you panic on the back of a bike, you’re probably going to crash. If you’re about to crash, and then panic, you’re either going to fail to avoid what might actually be an avoidable crash, or crash harder. So every turn, every near miss, is an emotional control exercise.

The classic newbie’s first crash is to go wide on a turn and either end up in the shoulder, sliding on all the gravel and crap that ends up there, or panicking, braking too hard, and highsiding themselves into orbit. If instead they control their emotions, remember their training, push harder to get through the turn, they’ll likely make it. That’s what I had to learn: a sort of trust of the bike and the world. I know that in a turn, if I’m going too fast and am going to go wide, I have to just push, push, push and make it through. Instinct will be screaming at me to hit the brakes, but that will just cause me to straighten out and drive straight off the road, or highside. Heart will be racing but it doesn’t nothing to help so I had to learn to just hold on.

When I started riding, sometimes I’d be on the freeway, completely surrounded by cars, and feel a panic attack coming on. Bad place for it. I would have to wrestle control, because what else can I possibly do? Stop the bike right there? Panic and probably crash? Just drop the bike and die? There’s no choice left to me and so I learned more control than ever over those kinds of feelings, and that control follows me everywhere in life now.

This surprised me when I first got into biking: you can get a good, really good motorcycle, for under 3,000USD. Even less in some areas. A similar quality car will start at 6,0000USD, which is just under what you’d pay for a brand new, current year, Kawasaki Ninja for example.

Also, gas is cheap. Tammy’s getting something absurd like fifty, sixty miles to the gallon. A fillup, in California mind you, of premium, costs us something like ten bucks.

Of course, this is after your investment in gear, which is about $1,000, but will last you practically forever.

And city folk, don’t forget this saves you from paying hundreds a month on various forms of parking. Motorcycles generally park for free or pennies. When I park downtown it’s about 3 bucks for the day if I’m doing so in a designated paid motorcycle parking spot. Otherwise, it’s free.

Oft unthought of, but heading to a country and renting a bike while you’re there is basically the most badass way to turn a trip up to 11. So far I’ve done this in Vietnam, Japan, Taiwan, and the French and Italian Riviera, and all of those trips were the sickest trips of my life. Nothing is more freeing. It’s all of the above points times a million. Think you’re cool riding around in your home town? Wait till you turn up to the hostel as the only backpacker on a motorcycle. Think it was freeing to park wherever back home? Try passing tourist traffic to a French castle and parking next to the gate. Train tickets expensive? Take a motorcycle instead (er, and drop hundreds on the rental lol). Thought you knew your limits? Wait till you’re lost in the rain on back roads in Vietnam, and your options are to just keep fucking riding until you can find that random ass bridge that gets you back into Saigon, or I guess die.

The freedom is seriously unbelievable. Pick a cool place in the country and ride to it. It’s the most unique way to see a country. Try it once and you’ll never travel the same way again.

Below are some pics from my trip across the French Riviera :) 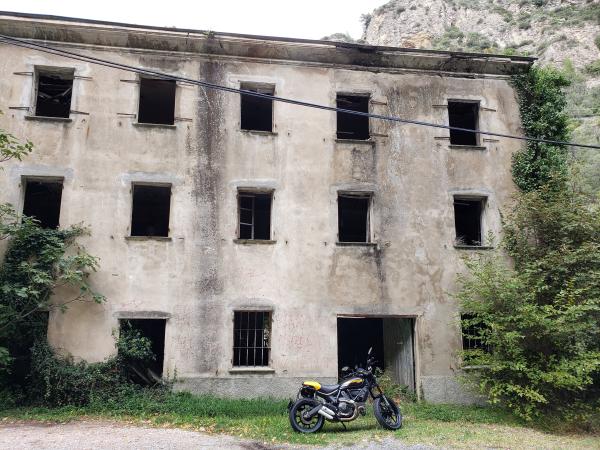 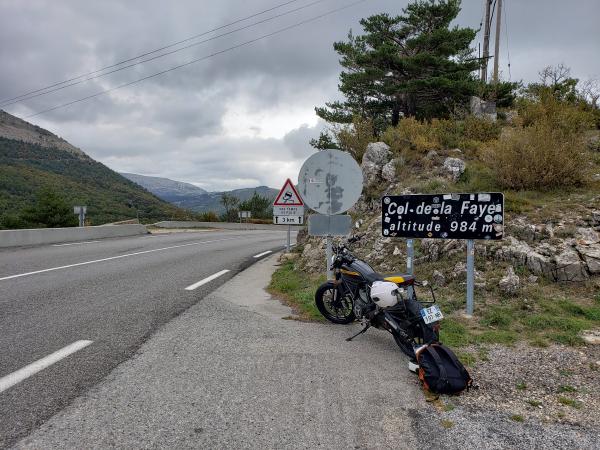 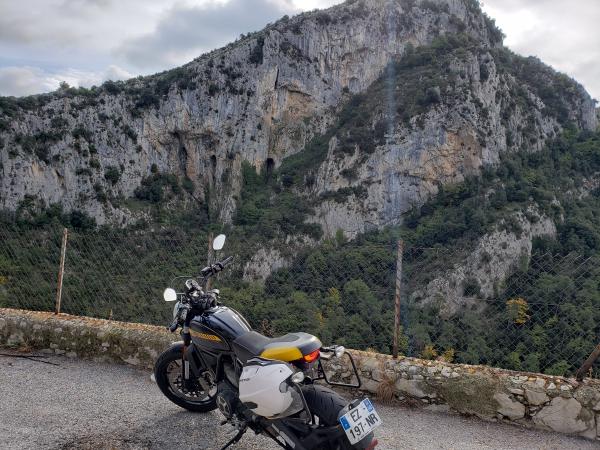