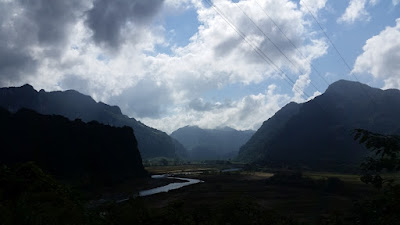 The last two days have been nothing but riding. We started in Hoi An with the national park near Dong Hoi, famous for its caves, as our destination. That meant an approximately 350km journey across switchbacked mountain passes. 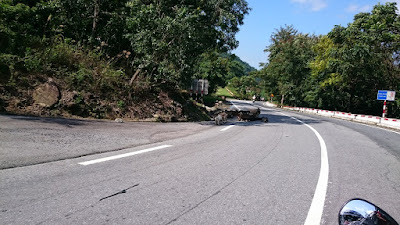 Adding to the difficulty was that the road was lousy with cows and their giant cow patties, sleeping dogs, goats, chickens and their chicks, pigs and their piglets, and waving Vietnamese children with a propensity for stepping in front of you at 60km/hr and screaming “HALLO!”

6 and then 9 hours of this one day after the other was exhilarating but exhausting. I’ve never had so much fun on the back of a bike as I did on Ho Chi Minh Highway West. Between the curves wide and empty enough to take at 50-70km/hr and the fantastic views, it was one of the wildest experiences of my life. At the same time, joints were aching, my ass was numb, and my brain was turning to mush from having to focus for so long. The worse part is this town seems to be the only one in Vietnam where no massages are available. 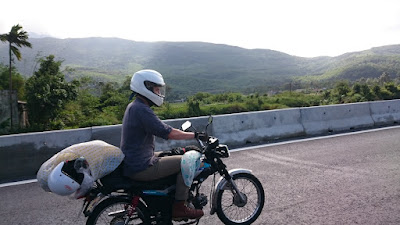 Hoi An was a fun sort of beach town. I was still spoiled by Moine so it didn’t impress me so much, but it was good to get a full body sunburn and a swim in. Lewis had gotten mugged there the night before I arrived, wild.

We only spent a night in Hue but it seems like a fun city. It was once the capital of Vietnam before the mess in the 70s. Unfortunately we were only there for a night so we didn’t get a chance to stop by any of the old imperial buildings, though Hannah managed to snap some pictures on the way out from the back of the bike. 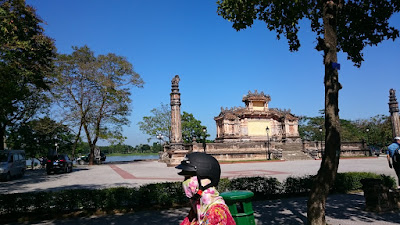 I had a good conversation with a local working in a bar in Hoi An. She was studying tourism at the local university. She described life in Vietnam as “hard.” She spoke incredible English, interacts with foreigners daily and has been for 2 years, and has internet access. Yet she’s fairly immobile, is living in the city her family has lived in for more generations than she can count, and her options are limited. The young Vietnamese people seem to not be bothered by constantly being presented with the substantially greater wealth of backpackers on holiday, though I’d be interested to hear what they say when they talk to eachother about it. Everyone here is always smiling and apparently always happy, though. 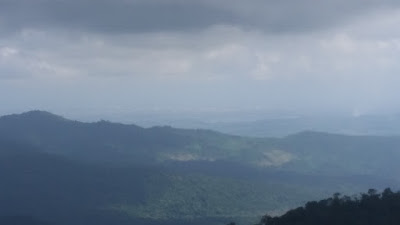