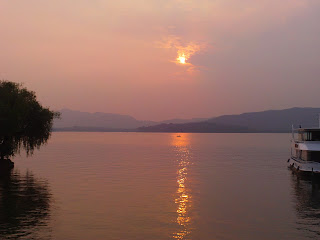 Time to get back on track. I’m not going to even attempt to outline everything I’ve done since I’ve gotten back from China. It’s safe to say, though, that not a day goes by without me missing it.

When I got back, the first thing I noticed is that Americans are far more self-centered than Chinese people. Every person in China genuinely believes that they having something to contribute to the wellbeing of the country as a whole. When I landed in LAX and navigated my way to the domestic terminal, I was constantly blocked and shoved by fat people on their phones. Depression set in pretty quickly.

I also noticed that I absolutely could not understand Mexican accents. I asked a Spanish lady where my terminal was, and I had no idea she was actually speaking English. This was a problem for a good month.

When I got to Houston, it took me a good several seconds to recognize my family, and Kyle. I just kind of stared at them for a while until Kyle finally saw me and gave me a bear hug. I didn’t really know what to say. We ate at ihop. I felt sick after.

Ever since I’ve gotten back, my life has basically been devoted to distracting myself from, well, I’m not sure what. I often wonder at what exactly I’m doing in school, the point of studying, whether I’m going down the right path, etc. All the classic college questions, amplified by everything I’ve seen in China.

I didn’t want to lose what I had learned there, so for a while I took Chinese and Japanese at the same time. It proved to be too stressful and time consuming, so now I’m just on Japanese, and I practice Chinese with the billions of Chinese friends I have here.

We’ve had two Humans VS Zombies games so far. While there are about 150 more players per round than ever before, I’ve found that the attitude of the game has changed ever since the LARPers and post-highschool Emo kids got involved. They tend to take the game far too seriously and bring their bitchy lifestyle into what once was a tongue-in-cheek thing to do between class. I mean, they’re forming squadrons, which are led by “generals,” and I’m pretty sure one squadron has already split in two by petty emo infighting, forming a rival branch group. I can’t even…. anyway, combine that with zombies wielding ten-foot-long pool noodles because somehow the game has turned into a LARPfest and the whole thing has really lost its appeal. I’ve resorted to dressing in a penguin costume and making people as angry as I can in order to actually enjoy the ordeal.

One time, in the dining hall, we found a huge loaf of bread. We turned it into an enormous sandwich. It was not very delicious but I felt manly carrying it around.

I was driving in Houston and saw a guy on a motorcycle with a pipe. Sweet.

My roomates are cool. One is Asian and sits in the chair I found backwards. It’s odd. Speaking of, that chair is new, and it’s my throne. I enjoy it thoroughly.

There’s been a prank war in Taub hall. I’ll continue to document things as they get more out of hand. My last move: Driftweave on Adam’s door. I’ll upload later.

I found an entire bag of guacamole. Best night ever. We also got a whole pie once.

Actually, twice. The second time, we smashed it into Asian Kyle’s face. It was funny, and then Leo walks out of Kyle’s room with far more pie on him than anyway else. For some reason the collateral damage made it hilarious. Cleanup sucked, though.

Lance was with us my first week back. I haven’t heard from him in about two months. I hope he’s alive. We brought him shooting.

That’s the quick update. I’ll get more indepth as I try to keep up with this.

Right now the goal: Get to Chicago this Christmas, get to Japan this summer.